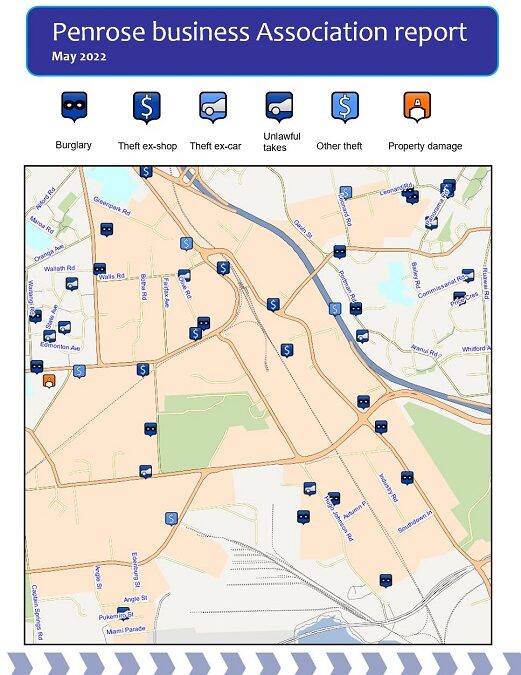 Last month businesses reported around a 41% decrease in reported crime within the Penrose area compared to incidents reported to Police during April 2022.

This decrease was associated to eight less burglaries, one less theft from a vehicle and three less stolen vehicles.

The streets with multiple incidents were Great South Road with eight occurrence followed by Hugh Johnson with four.

Six businesses reported burglaries that occurred during the day with four occurring during the night.

Items stolen during burglaries were tools from warehouses. A battery from a truck, and car exhaust system were a few of the items stolen from our businesses last month..

A café’ and bakehouse also had their tills targeted and on both occurrences a person on a push bike was observed leaving the scenes.